Create an Account - Increase your productivity, customize your experience, and engage in information you care about.

​About Us
The City of Juneau is a rural community with a stable economy supported by manufacturing operations and county government. Juneau is located 45 miles northwest of Milwaukee and 40 miles northeast of Madison. The City is governed by a “Mayor/council” form of government. Close proximity to larger cities provide excellent shopping and cultural opportunities, yet one can still enjoy the small community atmosphere Juneau has to offer. The Wild Goose State Trail runs through Juneau and provides opportunities for a growing tourist attraction as well as recreational opportunities for its citizens. A park adjacent to the trail is a fine place to rest or camp. To the Northwest of the City lie the Horicon Marsh and to the Southeast, Lake Sinnissippi.

Juneau is the county seat of Dodge County. The county buildings located in the city include the Sheriff’s Department, Justice Facility, Administration and Office Buildings, Highway Department and Clearview Facility. Clearview built and moved into their new facility in 2011, which houses long term care, brain injury care, and rehabilitative services. The Dodge County airport is located about a mile north of Juneau and is large enough to accommodate jet traffic.

History
The City of Juneau, initially named “Victory”, was first settled in 1845. It was later named after Paul Juneau, who acted as a liaison between Indians and settlers. His father Solomon Juneau was the founder of Milwaukee. Juneau was incorporated as a village in April, 1865. It was re-incorporated as a city in 1879, transitioned by Samuel E. Veltum. 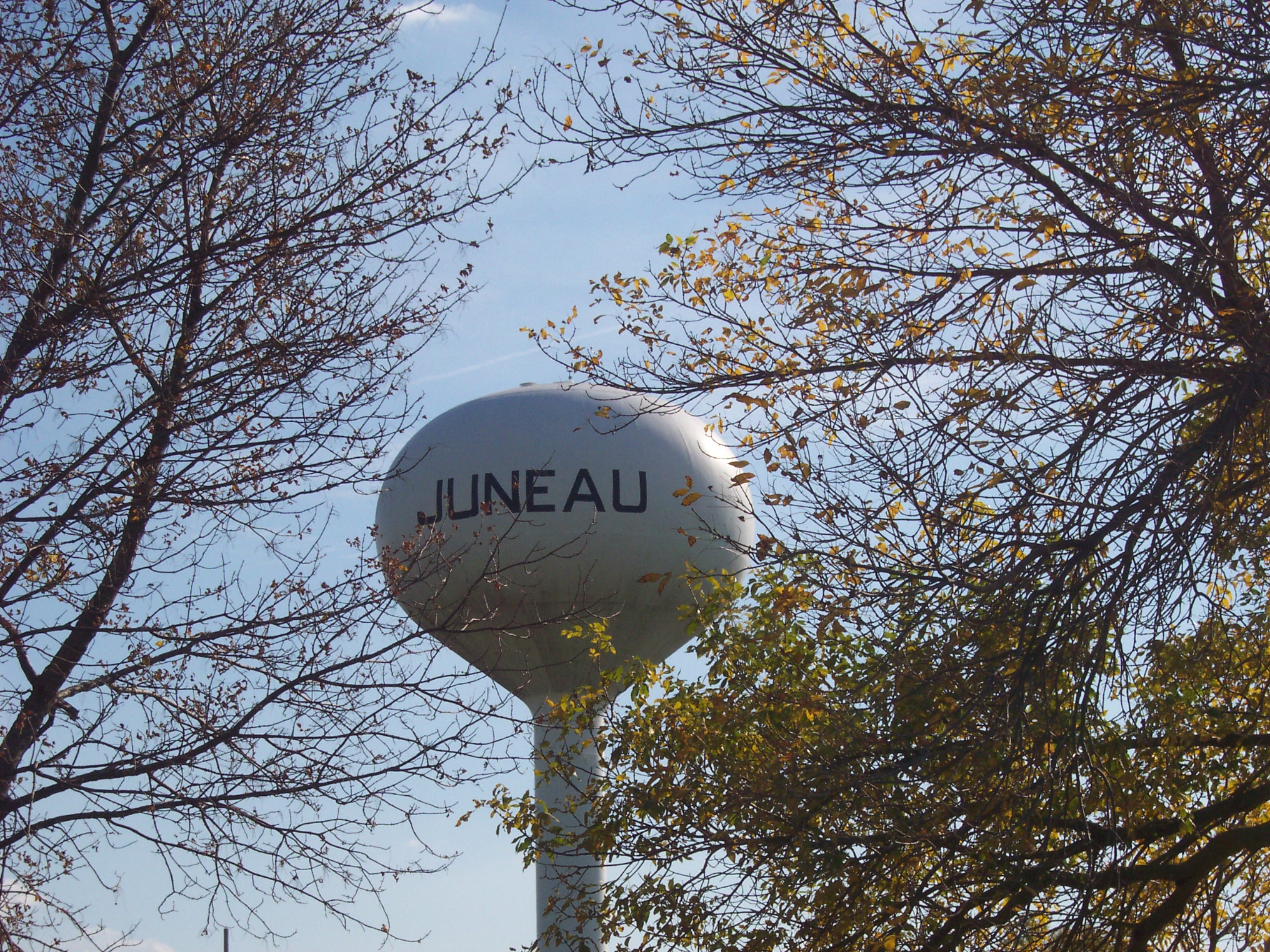